Oricum is located to the right of the Vlora-Saranda national road and 42 km south of the Greek colony of Apollonia. According to Pseudo-Scymnos, the city of Oricum was established by Euboeans who, being on their way home from Troy were blown off their route by strong winds. Its geographical position made it an important harbor on the Adriatic coast.
Oricum was used by the Romans in ancient times as a defensive base in the wars against the Illyrians as well as in the 3rd century B.C. against the Macedonians, who in fact occupied it in 214 B.C. Julius Caesar stationed his troops in camps there for several months, until they were taken by Pompey (Pompeius Magnus).
Being in the crossroads of such influences, Oricum became a civilized urban centre, as evidenced by various archaeological ruins, such as part of an Orchestra, a small theatre, which is thought to have seated 400 spectators, traces of wall ruins and streets that are clearly seen, albeit lying under the water of the lagoon, and the nearby Marmiroi Church. This is a church of dating back to the early Byzantine period, of the Byzantine emperor Theodore of the 13th century A.D. It has a small 6m x 9m main hall and a dome approximately 3m in diameter that is supported by four Roman arches.
The internal walls still feature fragments of murals characteristic of Byzantine culture. The church has three entrances and is renowned for its complex construction and architectural values. To reach the church one has to pass through the modern town of Oricum, in the direction of Pashaliman. Today Oricum is an important settlement which is seeing renewed development. This is also a result of its favorable geographical location between the city of Vlora and the tourist resort of Llogara situated on a mountain pass to the south, as well as its closeness to the sea. 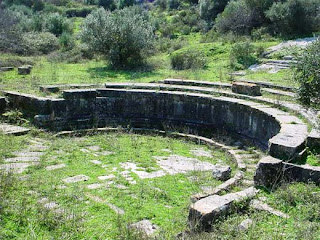 May 15, 2020
Prime Minister Edi Rama said the government intends to pass the law on the legalization of medical cannabis during this parliamentary session that will close in the summer. "I said before, this is not the time to talk about this issue, but to keep the situation under control with illegal cultivation and trafficking, the situation is now under control," Rama said. "On the other hand, we have been working on this project for more than a year, to do analysis, and in fact now the conditions are ripe. Where the ideas come from, I'm not the one fighting for copyright. This is now a global trend. I know we are on time and we will push this project forward. We are in time to approve it by this parliamentary session," said the Prime Minister.
26 comments
Read more